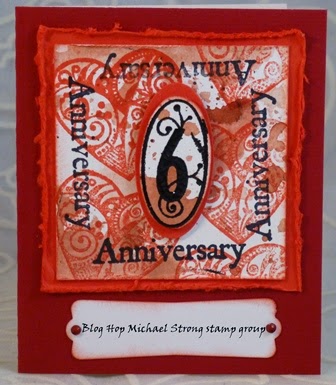 The Hop starts at Michael's Blog HERE
I first heard about the Michael Strong Yahoo Group from the group creator- Hetty Sanders. Hetty is also a Technique Junkie- and a very talented designer.

My first card was created in 2011 using a Michael Strong Stamp: 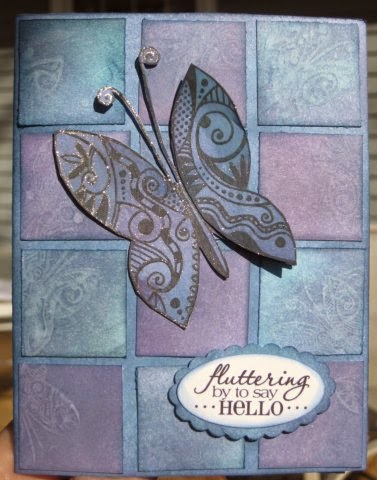 I used Distress Inks and 'water stamping' for the background. The sentiment is by Create with TLC.


The Yahoo Group is really fun- we have a 'Card Captain' each week- sharing cards using Michael Strong Stamps and each Thursday we have a tutorial. Recently, we learned about Bister- and I had to give it a go...... 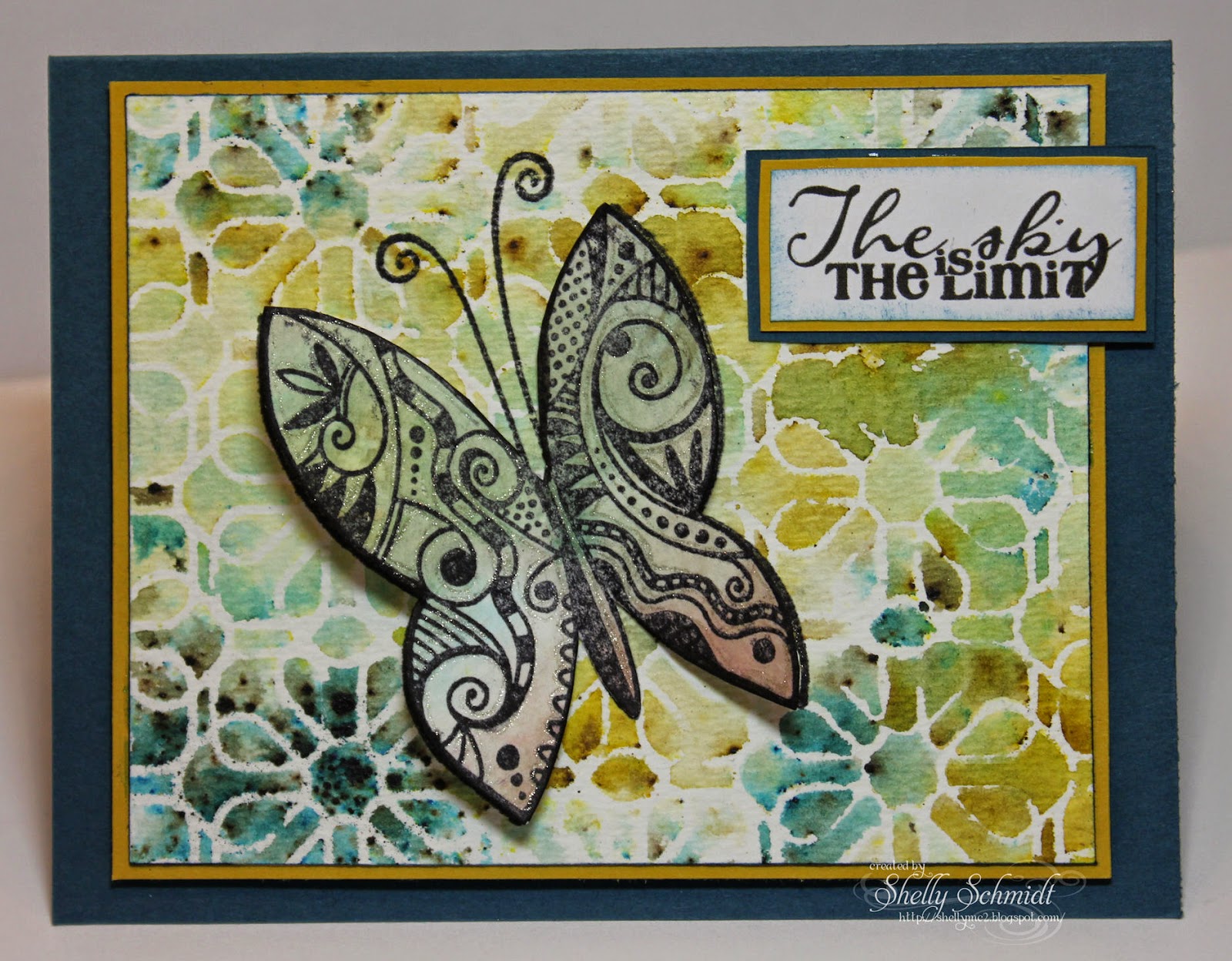 I used the Bister through a stencil. The butterfly is cut out of another page of the Bister, and I added glimmer using a Sakura Gelly Roll Pen. The butterfly was fussy cut and just the center portion of it is glued down. The sentiment is by Create with TLC.

There is a giveaway- you can win a stamp from Michael Strong Stamps- just leave a comment at all of the blogs in the Hop. Your next stop on the hop is Heidi.

If you get lost along the way, Hetty has a full list for the hop on her blog HERE.

Thanks for stopping by!
Shelly
Posted by Shelly Schmidt at Sunday, September 28, 2014

Shelly you made a real WAUW- card with the bister and the template, I'm going to 'snatch' that idea.
Nice to see the 1st card you made with your 1st MS-stamp.

These are all really stunning!! Love your blister card with the colors!! Beautiful done!! :) Hugs & Smiles - *Vicki*
My Blog: Stamp Smiles

Beautiful work Shelly. Your color choices are perfect. Thanks for being part of our group!

Love your bister-experiments! And love the cards you made with them too!! I'll hop on to the next blog now, it's great to see what everybody made with their MS stamps.
love,
Jetty

Shelly, thanks very much for playing along in the blog hop. Both your cards are beautiful! And the bister is such a fun powder to play with!

How lovely Shelly, your cards are gorgeous. I'm going to a craft show next weekend where I'm going to hunt for Bister - I keep seeing so many pretty examples of it :)

Your cards are so fantastic!

Love your cards. The colors in the first one are so pretty. And the second one is sooooo pretty using the bister stuff.

Your cards are beautiful! Thanks for sharing your artistic ideas with us! I can't wait to try bister. A friend gave me some. The EMS group is so much fun. Hugs, Laura

I love both the cards -- the colours on the first one and the whole bister effect on the last one! Great job!

Wonderful cards Shelly - love all the techniques you use. The one with Bister is fabulous.
Blessings
Maxine

So enjoyed your story. Cards are beautiful. TFS

wonderful card with bistre Shelly and all other pieces are fab too!

Shelly, when it comes to you - the sky IS the limit! TFS your wonderful cards.
Dorly Weitzen, Israel

Wow Shelly, these are all gorgeous! I just love the one that looks like stained glass, what a great technique! hugs :)

Wonderful cards. Love the background on the second one. Have to check out what Bister is.

wonderful cards Shelley you have been busy, Shaz in Oz.x

Love your results w Blister and stencil! Thanks for sharing!